So I’ve been trying something, that has made it easier to remain an optimist.

It’s a deceptively simple action to take, and anyone can do it. Immediately, for free, with no effort. Well, you might need to change a couple of habits, but you’ve made bigger changes than this in your life.

I think it’s fair to say that we have a general feeling of how The News works:

And I think we all know by now that The News is a form of entertainment, more than a public service to inform us of current affairs. That includes non-commercial broadcasters, as they’re competing on the same playing field as all those funded by advertising.

As a bonus, we, the consumers of news, get to feel an increasing sense of “us and them” and the beauty is that “them” can be absolutely anyone who looks, sounds, thinks, acts or consumes differently to whichever “us” we identify with.

Who wants to feel like this? Who would voluntarily do something to fuel their worst fears, to take away their hope, or to alienate most of the other humans?

You. Me. Them. Everybody.

So here’s what I did around March this year. My tiny act of rebellion.

I stopped reading, watching or listening to any news.

Papers and TV news are easy to avoid. If I’m listening to the radio and the news comes on, I turn it off. The hardest bit is ignoring / hiding / resisting the urge to read news articles that friends post on Facebook. But that’s not really so hard.

“But what if something big happens, and you don’t know about it?”

Well I’m still living in 2017, with a smartphone, Facebook, Twitter and the rest. Most of the major goings on featured in the news get filtered for me via friends, comedians, podcast-makers or anyone I’ve chosen to follow on Twitter. There are some fantastic podcasts out there that collectively report on a far wider range of events than The News**. And when something really major happens, you’d be amazed how quickly you hear about it without using The News.

We, the people alive in 2017, are a pretty smart bunch***. I think we all understand that our thoughts and choices are influenced by information we consciously and unconsciously take in from the world around us. And I think we know that these influences include: what we hear people saying; what we see and pay attention to; our hormone levels; when and what we last ate; our childhoods; the current state of our many interpersonal relationships; our evolutionary origins; and of course those little hi-tech miraculous shining rectangles we hold in our hands, bathing our faces with their tempting light. So we curate what we see on Facebook (hide posts like this), Instagram and Twitter (unfollow) and on TV (continue watching). And yet still we get drawn in by The News. Offering us visions of the very worst of humanity and the most terrifying things in nature, as if this accurately reflects what is happening in the world.

And we do this, knowing full well that this will influence how we think and act. And convince ourselves that by being ‘better informed’ we can better choose those thoughts and actions.

Is the world full of terrorists and racists and murderers and rapists and despots and carcinogens and immigrants and pollution and destruction and are we heading for imminent apocalypse? Has the world gone mad? Should we be afraid, and despairing at the state of the world? Or are we simply focusing on the worst of what is happening on Earth, and giving it a massively disproportionate amount of our time and attention?

Hopefully you choose what you eat. You choose what to consume and use to fuel, build and power your body, and presumably you choose not to eat anything poisonous. So choose what else you consume, stop consuming the poison of the News, and find out about the world some other way.

Be creative in how you gather information. What do you want to know about? Find out about that. Look around you every day. Ask strangers about their lives. Listen to people without taking anything personally. If you hear about something that doesn’t sound right, do some research and get as much context as you can. Don’t assume anyone knows what they are talking about. Decide who you can trust, and keep looking for evidence for and against believing them. Look up Hans Rosling and watch his films and talks. Try to understand people with opinions at odds with your own. Smile at people and notice how many people smile back. Enjoy and be grateful for everything that you have, and the vast network of collaborations that have created everything around you.

Just don’t, whatever you do, expect to get any useful insights about anything from The News!

In the first 36 years of my life I have found enough reasons to be optimistic for the future of this living planet and the future of humanity. For the next 36 years I will look for more reasons, and more ways to share them with you and everyone else.

**Some favourite podasts that keep me up to date on way more than The News ever would: Radiolab, Freakonomics Radio, From Our Own Correspondent, Hidden Brain, Waking Up with Sam Harris, More Or Less.

***I think I mean ‘highly educated compared to previous generations’ or ‘well informed’. Not necessarily ‘wise’. 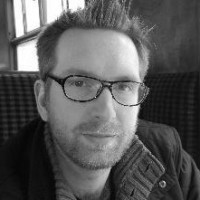 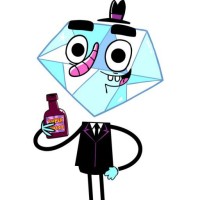 Other bits of this blog

My views on Teaching & Education

Education: Your Mileage May Vary

Thoughts and reflections on teaching, learning, leading and thriving in the world of Education.

wisdom in lyricism
the unconscious curriculum

what is really learnt in school?

Field notes from the world, from one man's point of view

Ranting from the chalkface

Where the world comes to learn about me and my fabulous teaching.

The Best Sounds In Town

Scientists & Artists Are Us

There will never be a just social order until philosophers are kings, or kings become philosophers.

Recounting life as a supply teacher in modern Britain

Putting children's learning at the centre of educational debate

A blog by teacher and author Jennifer Ludgate

"For unto every one that hath shall be given, and he shall have abundance: but from him that hath not shall be taken away even that which he hath."

My own personal view on UK Education and bits n bobs

Marginal learning gains is inspired by the same philosophy that underpinned the extraordinary success of Team GB Cycling at the Beijing and London Olympics. The philosophy is simple: focus on doing a few small things really well. Once you do this, aggregating the gains you make will become part of a bigger impact on learning. For students, for teachers and schools. Join the MLG conversation with Zoe Elder @fullonlearning on Twitter

I want a life that's bigger than me!

all the news that's new and improved

The Teaching of Science and Science of Teaching

A blog devoted to sharing my ongoing journey as a 'Teacher of Science'.